The nine types of IPA 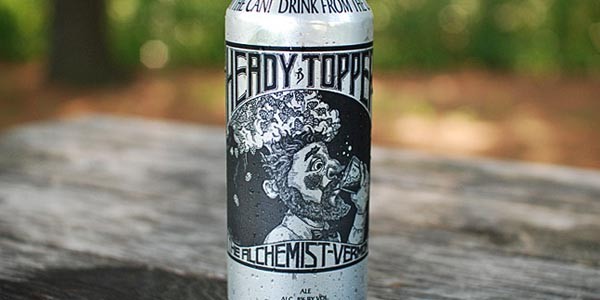 Those who read our almost accurate history of IPA will already know that it’s a broader category than most people think. By definition it is simply an overly hopped pale ale – overly hopped because the preservative oils in hops kept it fresh on the way to expats in India during the Empire.

But the advent of craft in the 1980s threw the style into further confusion as excitable brewers started to push America’s new hops as far as they would go. Instead of grassy, earthy and lemony IPAs we suddenly had piney, grapefruity, mega IPAs too. A brave new world was born, along with the terms “hophead” and “lupulin threshold”.

One of the many wonderful things about craft beer is its ability to reinvent. With almost unlimited ingredients, beer has an almost unlimited ability to change. Since the first American IPA was brewed just 30 years ago, brewers all over the world have taken on those ideas, flavours and ingredients and done something new with them. This has resulted, at last count, in nine kinds of IPA, all as radically different as other styles are to each other.

So with all these beautiful variations, we thought we should take you through them to show you what you might have missed, or what could well be your dream IPA, disguised as something else.

So here is our guide to the idiosyncratic world of IPAs, occasionally with a link to a beautiful example we just happen to sell...

The original style of IPA from which the others stem, British IPAs are hoppy golden ales that use exclusively British hops like fuggles and goldings for a grassy, earthy and light citrus character. They are usually around 6-7% and dry as a bone.

Invented in California, seemingly by about 5 brewers at the same time, the West Coast IPA takes it’s inspiration from British IPAs and American hops. It’s use of big American “C” hops – cascade, citra, chinook - give it a huge citrus aroma, verging on pine and slightly dank, weed-like smells too. These beers are usually a little less dry because they often use crystal malt, but significantly more bitter, sometimes topping 80 IBUs (International bittering units) which is about as much as the human palate can sense.

A relatively new style, the East Coast IPA is based on the West Coast with one fundamental difference – yeast. Where California brewers use clean, almost flavourless yeasts to focus the drinker on the hop aromas and flavours, East Coast brewers are using mutated, complicated British yeasts. These yeasts produce lots of smells and flavours as they ferment the sugar – usually stone fruit, banana and tropical notes – which the brewers use to top up the intense hop aromas. With this flavour boost they can use fewer hops so the beers are less bitter, and they also leave the beer cloudy to give it a cloudy look and a pillow-like texture. Sadly not many are made in the UK yet, but Gipsy Hill and Cloudwater will both release one soon.

As drinkers got used to the high bitterness of modern IPAs, some started to get bored of them. “More hops” became their battle cry, as they searched out the headiest smells and driest finishes. Brewers responded by creating stronger, hoppier beers – balancing the sweetness of strong alcohol and lots of malt with the bitter hops. The result is a turbo charged IPA, that lets brewers really experiment with hops and push them to the full.

As drinkers got used the huge aroma and rasping dryness of the double IPA, brewers responded again with the triple IPA. Sometimes pushing 12% or even 13%, these beers are not for the faint hearted. That said, they are hugely popular, with people queuing for hours to get hold of them on the day they are released, which is usually once a year at each brewery.

Great examples: Pliny the Younger, Magic Rock Unhuman Cannonball, Other Half All Green Everything

Let’s be honest, if all we drank was single, double and triple IPAs we’d never get anything done. After chasing high abvs and the next biggest hop hit, some clever brewers decided we should probably rein it in for the more casual drinking sessions. Which is exactly what the session IPA does – offer a big dose of hops at no more than 5%. They are cracker dry and dry-hopped to buggery to get the maximum amount of aroma for the minimum amount of bitterness so they are as drinkable but full flavoured as possible.

Arguably not an IPA at all, the black IPA is also known as a Cascadian Dark Ale after the part of America in which it was invented (and likely the hop that was used too). The idea of the style is to brew a beer that looks stout, smells like a West Coast IPA and tastes somewhere in between. A great black IPA is full-bodied and clean, with a hint of roastiness before a huge hoppy finish. I always like to pick up a grilled peaches kind of flavour.

Belgian is a word shoved onto all kinds of beer styles and usually implies that a Belgian-style yeast has been used. It could simply be a Belgian ale strain, which can add a spicy, stone fruit edge to a beer like in Belgian blonde ales. It could also mean brettonomyces has been used though, which depending on when it was added could produce pithy orange zest, juicy citrus or a farmyard-like funk.

This seasonal beer has become so popular and widespread we think it deserves its own category now. While many see it as cheating to get the aroma and flavour from grapefruit rather than from the hops, they are missing the point. As well as a gorgeous, dialed-in grapefruit aroma, the fruit also lends an acidity to the beer that verges on sour. When made well it makes for a clean, bitter and hugely fruity beer that can be loved even by those who don’t usually love beer. As big “C” hops get harder to get hold of, fruit IPAs may well get more popular.