Should beer be cloudy? 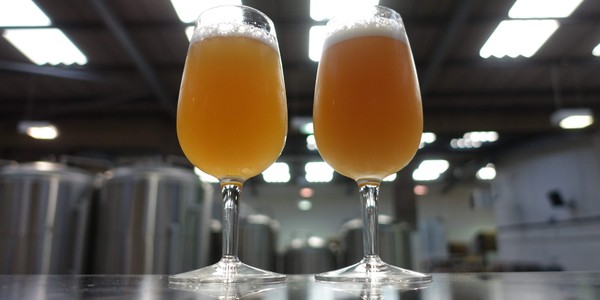 Like arguments about the definition of craft or whether cask or keg is better, the question of cloudy beer is much more emotive than we first think.

On Twitter, admittedly not a place famous for reasoned discussion, I have seen people lose friends, respect and indeed their minds over such issues. But the question of cloudy beer is one we can’t avoid for one very simple reason: no one is right. So anyone who pretends to know is wrong.

The truth is cloudy beer is neither better nor worse than clear beer. It is the same as asking whether orange juice is better with bits in or not. It’s purely personal taste, and if you want to choke to death on tiny bits of orange pith then it’s your funeral. But more than that, the difference between the two on the palate is relatively subtle. I have done many blindfolded tests to see if I can tell a cloudy and clear beer apart, some more scientific and less pub-based than others. The truth is it’s devilishly difficult in all but the most extreme cases.

So why the big hang up? Well, if we’re really honest with ourselves it’s like your grandma’s racism – a historic thing that has turned to prejudice. You see, in the days when cask ruled the waves and Britain had an Empire bla bla bla, ale was considered ready when it clarified. The beer was delivered to the pub and left in the cellar to condition, which involved finishing fermentation and lightly carbonating, while the natural sediment in the beer slowly dropped out. A clear beer was one of the signs that the beer was ready to be served. If it was still cloudy the beer was no good, or even infected.

This rule remains true for thousands of real ales, but the problem is there are now lots of beers designed to be cloudy. Some brewers believe that in filtering out the larger particles in beer we are stripping out flavour. The science is hard to argue with, but the question is whether we actually want those flavours. In a Weiss beer it’s very obvious we do, because the yeast is the carrier of all that amazing bubblegum, clove and banana aroma. If we strip out the yeast we will have a less aromatic beer, and a less velvety one too because it would reduce the viscosity of the beer. For the same reasons we’d probably want to filter our lagers, so we get a light and zingy mouthfeel and a crisp finish with no flavour from the yeast. That said, kellerbiers (cloudy lagers) are left unfiltered and much loved by the brewers of Germany because they are almost a hybrid between a Weiss and a lager, with lots of banana-y aroma but a light and lemony flavour.

In fact, many brewers of famous historical beers think the unfiltered version is superior. Go to Paulaner Am Nockherburg, on the site of the original brewery, and you’ll be served an unfiltered version of their lager. Go to De Halve Maan brewery in Bruges and you’ll be served a cloudy Bruges Zot Brune. And when the Belgian and German brewers think something is awesome, I’m usually inclined to agree. So really we should all agree that cloudy beer has its place. It can add body and flavour, but should only be used where those flavours are beneficial. It seems pretty uncontroversial to me.

What has really got the twittersphere boiling is the notion of a murky IPA. Despite the fact that until the end of the 19th century most beer was murky, today our traditional styles are served clarified using finings and patience in the cellar. As explained above, clarity meant a tasty beer. But that view is changing. Craft brewers all over the world are steering their beers in the direction of turbidity. Some say this is down to lack of expertise, others to a lack of equipment, but I know a lot of brewers and the time and energy they put in to make sure their beer is perfect makes me think if their beer is hazy it’s because they want it to be. It might come out a bit too hazy, or it might come out a bit too clear, but it is a clear conscious choice in the pursuit of brewing something different – and loaded with flavour.

That flavour can be several things – it could be banana esters like in German wheat beers, it could be bready, starchy sweetness from the malt, or it could be something else entirely. What we are coming to learn most recently from the brewers of the hugely fruity East Coast IPAs of New England, is that hop-like aroma and flavour can also be enhanced in unfiltered beers. Dry hopping during fermentation creates chemical reactions that change or heighten the aromas from the hops and yeast. If you filter them out afterwards, you lose that benefit. To me these beers taste exceptionally fruity, juicy and slightly acidic like orange juice. That said, to others it seems they taste like dead yeast and earth. Everyone's palate is different so if you fall into the latter group no one should judge you for that.

Like everything in beer there is so much still to learn for brewers and drinkers alike. Our palates are still going to go through endless changes, our techniques will change as we learn new things about the way our beer ingredients. We shouldn’t question those who prefer a different way of doing things, and we certainly shouldn’t write off a beer without tasting it just because it’s clear or it’s cloudy. Craft beer drinkers are more open than that, we should be looking to push our prejudices and expectations. That’s what got us here in the first place.