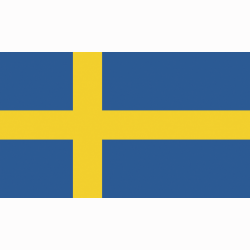 Ale brewing has a long history in Sweden, predating written records. It is known, through old writings such as Hávamál and others, that the Viking culture used brewing to produce ale and mead. Through the centuries since and up until the 19th century, brewing was mostly a matter of production for household needs. The beer was usually weak in alcoholic content and used as an everyday beverage. For celebrations and feasts, stronger "feast-beer" and potent mead was brewed. With the advent of industrialism, all this changed. As the cities grew, home brewing became impossible for most people, and so the Swedish brewing industry arose. Since 1900 the Swedish brewing scene has been overshadowed by the anti-alcohol movement and various forms of state control. Both have restricted breweries room for manoeuvre and helped create the sad situation of the 1970s and 1980s, when Sweden had one of the most concentrated brewing industries in the world. Things have improved since then, but there is still considerable pressure on Swedish brewing, especially from the temperance lobby. Any attempt at liberalising the strict controls on the sale of alcohol meets with stiff opposition. In the mid-19th century, a multitude of small breweries grew into existence in all the larger cities of Sweden, and every town had to have at least one brewery, if nothing else for sating the local patriotism. In the beginning of the 20th century, a trend of consolidation with mergers and buyouts began, which culminated in the late 1970s and the beginning of 1980. This led to the formation of three large brewery conglomerates; Pripps, Spendrups and Falcon, and pushed the smaller breweries to the very verge of extinction. This led to a strong stereotyping of the Swedish beers available as easily drinkable lagers, more often than not lacking in taste and character. In the late 1980s and the beginning of the 1990s, largely through consumer awareness, a new generation of small breweries sperheaded by the likes of Stockholm's Nils Oscar Brewery began to grow alongside the large companies. These companies offer customers more in the way choice and many of the beers now produced in Sweden are of the very highest international quality, produced with carefully cultivated brewing yeasts (often imported from Germany, Belgium or Britain).
Set Descending Direction
View as Grid List