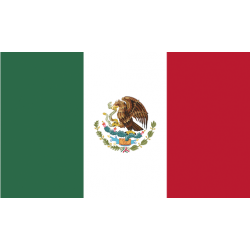 Beer in Mexico has a long history. While Mesoamerican cultures knew of fermented alcoholic beverages, including a corn beer, long before the Spanish conquest, European style beer brewed with barley was introduced with the Spanish soon after Hernán Cortés' arrival. Production of this beer here was limited during the colonial period due to the lack of materials and severe restrictions and taxes placed on the product by Spanish authorities. After the Mexican War of Independence, these restrictions disappeared, and the industry was permitted to develop. However, the arrival of Austrian and German immigrants and the short-lived empire of Austrian Maximilian I in the 19th century provided the impetus for the opening of many breweries in various parts of the country. There was a lot of immigration from Central Europe to Texas and Mexico at that time, and of course the people brought their beer and brewing techniques with them. The hot climate were abysmal for lager brewing though, and commercial offerings were poorly regarded. Fortunately by the late 1800s, refrigeration became commercially viable and variations of Old World style lagers became very popular. The principle variation of the Vienna style in the New World is the Graf-Style Vienna, named after the Mexican brewer (Santiago Graf) who developed it. It incorporated a small percentage of heavily roast malt to compensate for the more alkaline water of the region, giving it a deep amber color with hints of red. By 1918, there were 36 brewing companies, but over the 20th century, the industry consolidated until today, only two corporations, Grupo Modelo and FEMSA control 90% of the Mexican beer market. This industry is one of the most prevalent in the country, with over 63% of the population buying one brand or another. Beer is also a major export for the country, with most going to the United States, but is available in over 150 countries in the world
We can't find products matching the selection.